The U.S. Department of Defense's Employer Support of the Guard and Reserve in Louisiana presented Entergy with its 2019 Pro Patria Award June 4 in New Orleans.

"I'd like to thank you for recognizing us but it's a much more important recognition of our veterans and those in the reserves," Bakken said. "They form the backbone of our country and are also a critical part of our company.”

Pro Patria Award Winner
The Pro Patria Award recognizes employers who promote a supportive work environment for employees in the guard and reserves. ESGR state committees present the award annually to one small, one large and one public sector employer in their state. The Louisiana ESGR recognized Entergy in the large business category.

Entergy qualified for the Pro Patria after active reserve employees, with assistance from Veterans ERG leadership, nominated the company for the 2019 Secretary of Defense Employer Support Freedom Award.

Freedom Award Semifinalist
The Freedom Award, the highest honor given by the Department of Defense's ESGR, recognizes employers for their outstanding support for guard and reserve members. Entergy was one of 135 semifinalists selected by ESGR state committees from 2,415 submissions. 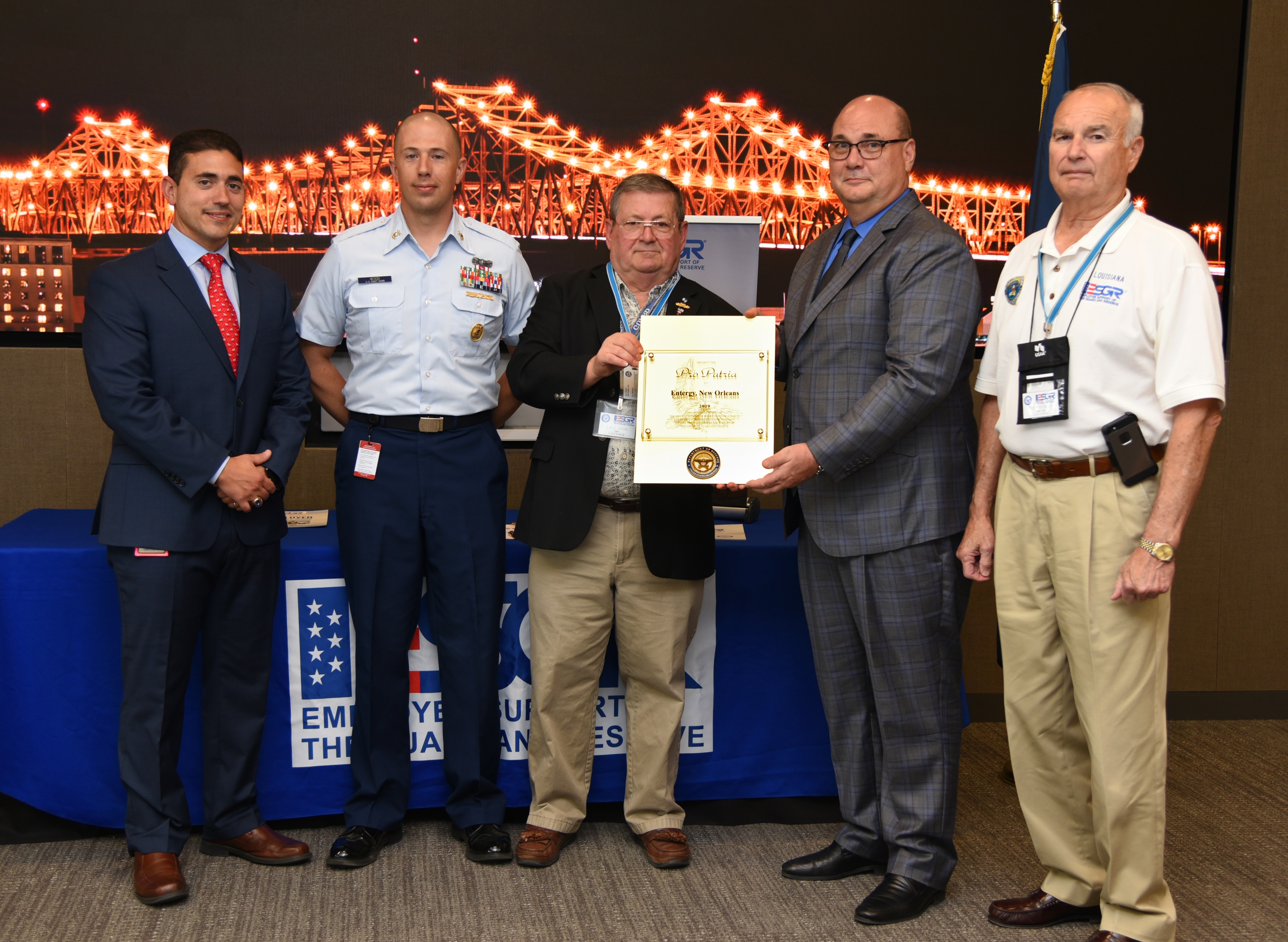 Entergy's Veterans Employee Resource Group
Established in 2015, the Veterans ERG is an employee-led group of patriotic employees who are committed to bringing about positive change to support the unique needs of our veterans, reservists and employees with ties to the military. Veterans ERG members also participate in military recruiting events, community volunteer opportunities and other company-sponsored activities.

Honors and Recognitions
Entergy has been recognized with numerous ESGR awards over the years, including the 2009 Above and Beyond Award, the 2010 and 2016 Pro Patria awards, and many Statement of Support and Patriot Awards. Entergy was also a finalist for the Freedom Award in 2016 and semifinalist in 2010. Click here for more awards and recognitions.