Huge metal boxes filled with tubing that will ultimately generate steam for the Montgomery County Power Station are so big that it takes three giant cranes working in unison to lift each one into place.

Twenty modules, as they are called, were made overseas and shipped to the Port of Houston. Each day, one of the modules is trucked into the plant and installed, providing that the weather – especially, the wind -- cooperates. 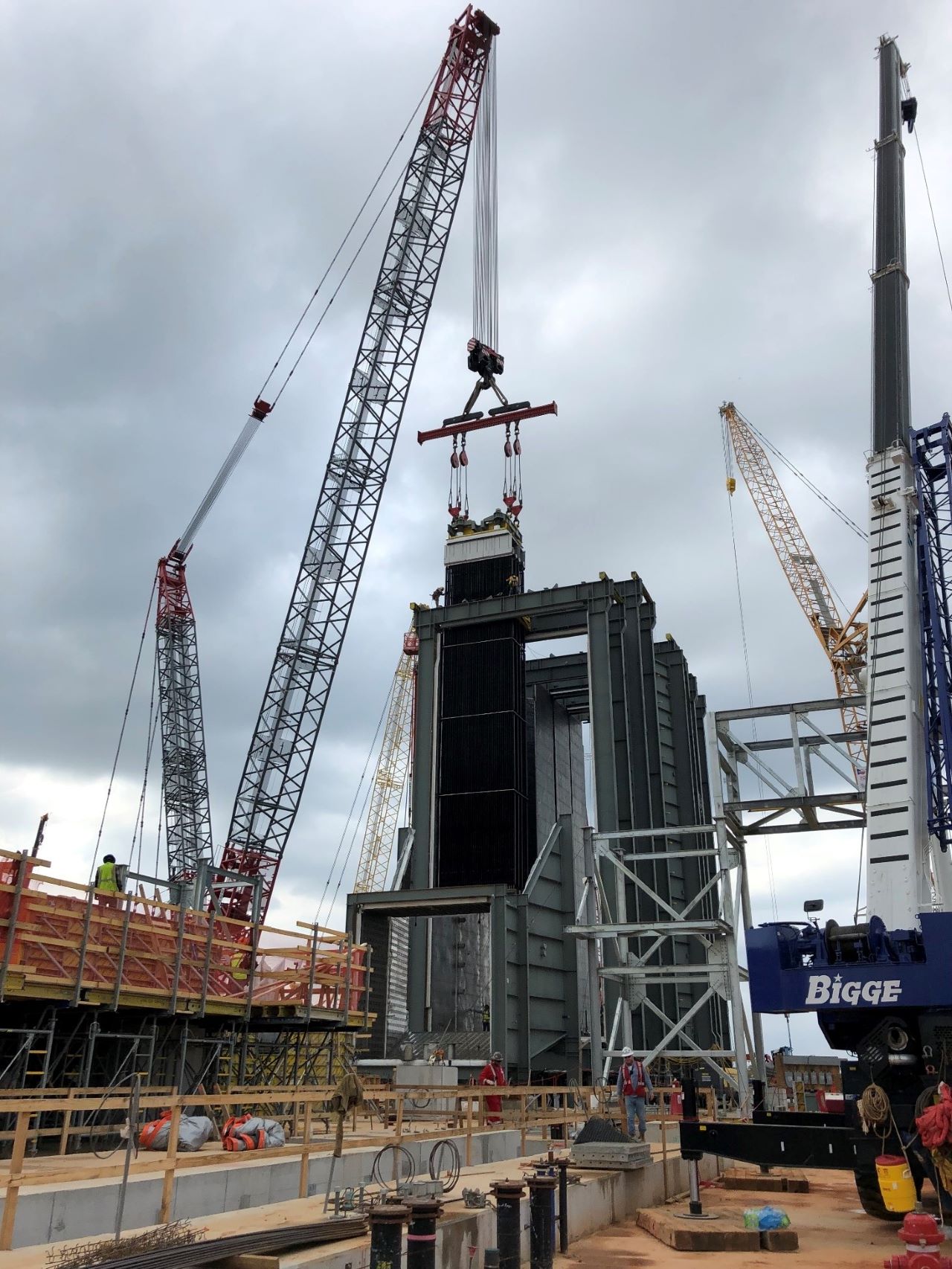 The plant, which was celebrated with a groundbreaking ceremony in February, is about 14 percent complete in construction and currently remains ahead of schedule.

The modules that are arriving at the plant are being vertically lifted and placed into two skyscraper-type structures known as heat recovery steam generators (HRSGs). About half of the modules have now been placed into the HRSGs.

“If you think about a boiler -- in our case, the HRSG -- the internals are made up of many tubes where the water is turned into steam,” explained Cochran. “Once installed into the HRSG casing, they will be connected to the water and steam systems externally.”

Before the HRSGs could be constructed, the pouring of foundations and underground piping was required to get the site ready for above-ground construction. Now that the underground work is about 80 percent complete, much of the ironwork will soon be going in, including pipes, girders and major equipment such as the gas turbines.

Cochran said the construction progress is going smoothly, mainly because it is the third such plant Entergy is building. The Saint Charles Power Station in Montz, Louisiana, went into operation two weeks ago, and the Lake Charles Power Station in Westlake, Louisiana, is expected to be completed in 2020. MCPS is expected to be finished by mid-2021.