Insights > Serving Southeast Texas Through It All

Serving Southeast Texas Through It All
By: Texas Editorial Team

One year after Harvey, we’re still inspired by the resilience of our communities. The devastation from the storm brought out the best in people. We wanted to share just a few of the inspiring stories and people that make Southeast Texas strong.

For nine days, cars lined up a mile in each direction in front of the Southeast Texas Food Bank in Beaumont. Hurricane Harvey had cut off the city from the surrounding area leaving residents with nowhere to turn for food and water except the Food Bank and isolating the Food Bank from the rest of the area it serves – eight total counties in Southeast Texas.

“Many in the region thought we had initially dodged a bullet when we saw that the storm was going to make landfall in Corpus Christi,” said Dan Maher, executive director of the Southeast Texas Food Bank. “We initiated a typical storm response, but we didn’t think the storm would significantly impact our area. On Monday though, it became clear that Harvey was going to have a huge impact on our community.”

The floodwaters left Beaumont isolated from the rest of Southeast Texas for nine days. During that time, staff and volunteers at the Food Bank distributed over one million pounds of water and provided non-perishable food to tens of thousands of residents. 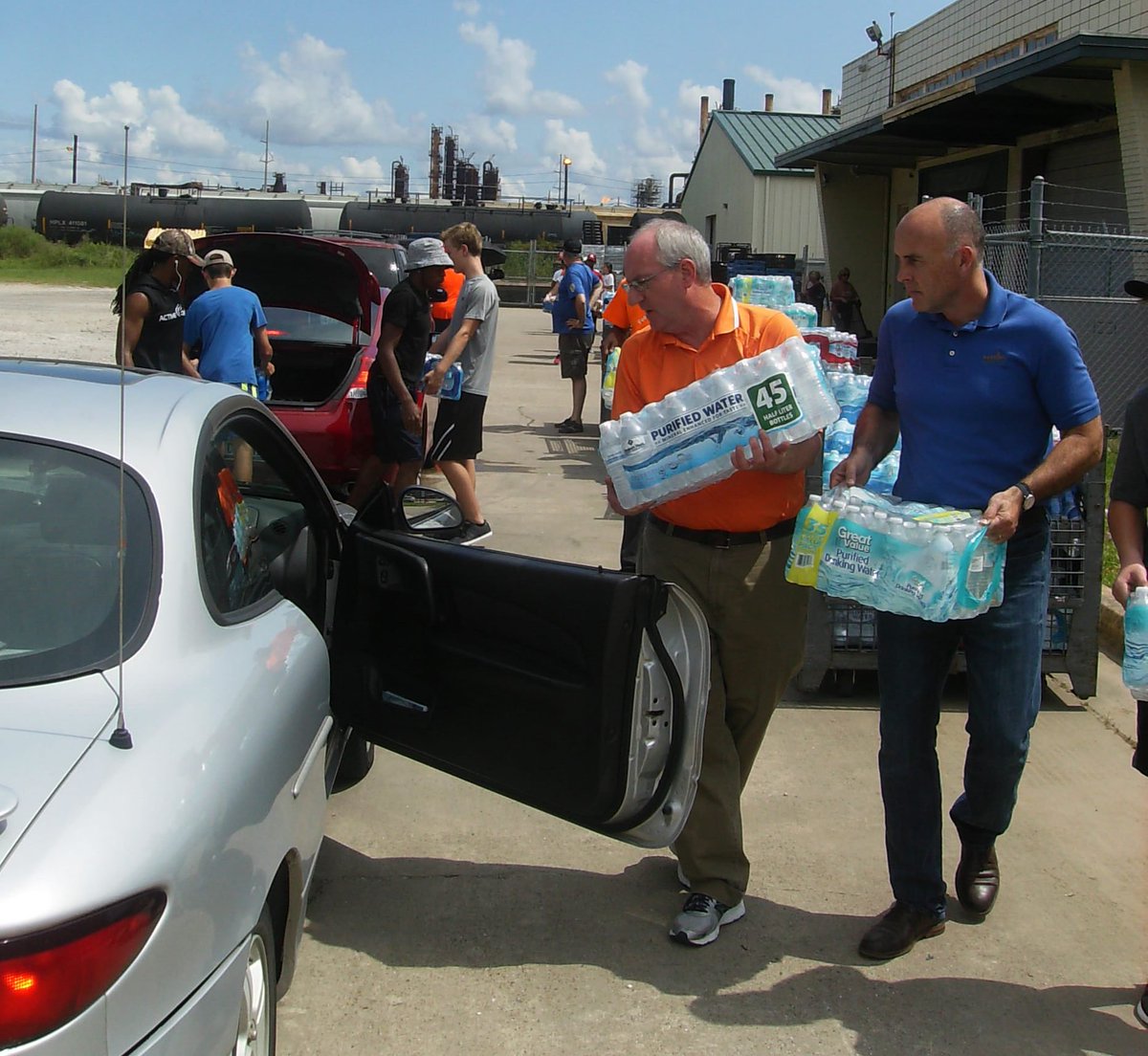 Maher was amazed at the generosity that the storm inspired. “You saw people suffering themselves and still walking up to the food bank asking how they could help,” said Maher. “I met so many people willing to put others before themselves.”

Maher and his staff weren’t immune to the floodwater’s destruction. Several members of their team lost their homes to flooding, and many volunteers couldn’t safely leave their homes.

“The employees who lost their homes filled some of the roles most critical to our storm response, yet they couldn’t be there with us” said Maher. “Other staff raised their hand and stepped up. We are a community and a family. People wanted to make sure that the food bank and the people we serve did not suffer. Staff got it. They understood that we have to cover one another so we could serve the community.”

Once the roadways opened up, Maher and his team’s work wasn’t over. They quickly mobilized and began opening mobile pantries across the region.

“In September, we inaugurated about three dozen mobile pantries,” said Maher. “We continued this pattern, and by the end of last year, we had conducted 70 plus mobile pantries across the eight counties we serve, about 40 more than we typically would have held during that time period.” 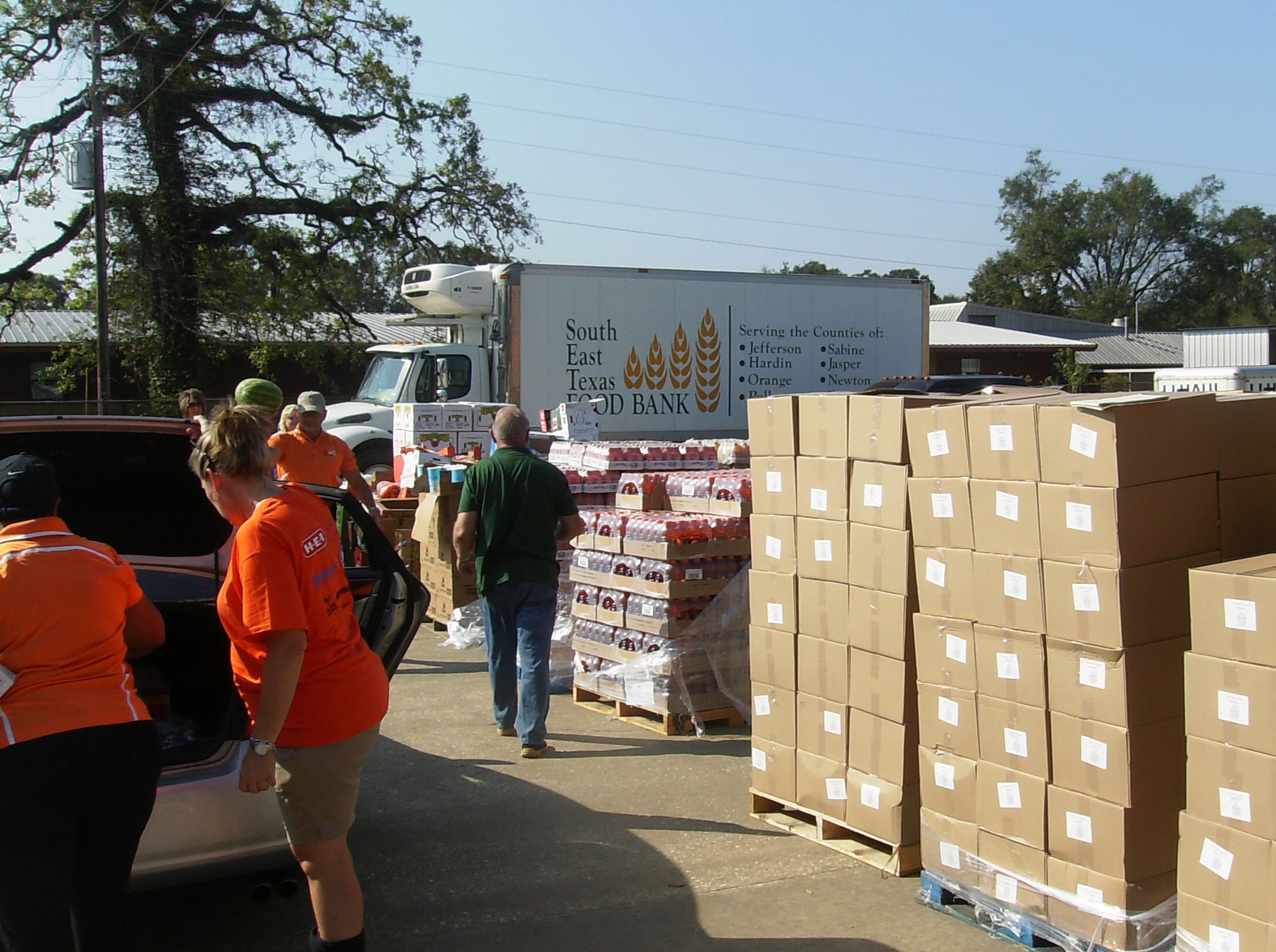 In total, since Hurricane Harvey hit, the Food Bank has shared enough food with Southeast Texans to provide about 7 million meals, while aiding an estimated 100,000 people.

“The enormity of Hurricane Harvey certainly was unprecedented,” said Maher, “but thankfully, the size of hearts in Southeast Texas and around our nation seems to have been even bigger.”