Insights > The Volunteers Behind the IRONMAN North American Championship Triathlon

The Volunteers Behind the IRONMAN North American Championship Triathlon
By: Texas Editorial Team For the ninth year in a row, The Woodlands will host the IRONMAN North American Championship Triathlon, where 80 participants can qualify for the World Championship in Hawaii. The event brings thousands of world-class athletes and spectators to Southeast Texas.

For those elite athletes to reach the finish line, it takes the dedication of volunteers to make the event a success.  There are 80 volunteer stations at the IRONMAN in The Woodlands with over 6,000 volunteers. Dona Miller, administrative assistant for business and economic development, is one of those volunteers. For Miller, the triathlon is a fundraising opportunity to help the local Boy Scout troop that her sons, both Eagle Scouts, were a part of growing up. 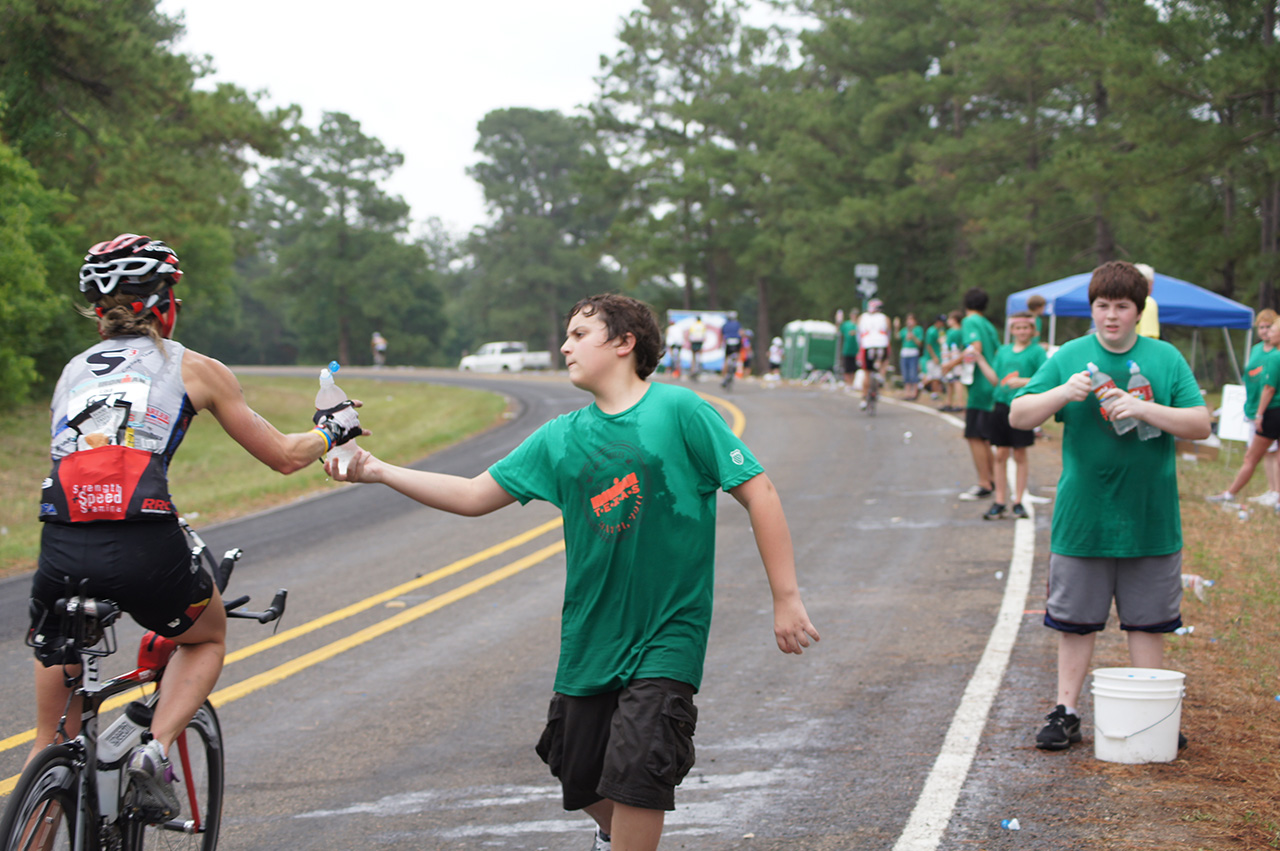 “Since 2011, Ironman’s initial year in The Woodlands, our troop has overseen the environmental cleanup effort,” said Miller. “This is no small feat as it requires six days of shift scheduling – from Tuesday morning when the athlete’s village is set-up until the early morning hours on Sunday after the last Ironman crosses the finish line.”

The Boy Scouts of America Troop 491 in Montgomery is responsible for cleaning up trash along the 26.2-mile run course and the athlete’s village and maintaining the finish line on Waterway Ave. In addition, 40 volunteers from the troop run a bike aid station.

“Race day starts early in the morning at Northshore Park, the site for the 2.4-mile swim cleaning up any trash and personal items left by the athletes and spectators,” said Miller. “We then move on to the bike transition at Town Green Park. All the while, other groups of scouts and parents monitor the athlete’s village and finish line, keep the area as clean as possible.”

The 26.2-mile run course cleanup starts Saturday evening and continues until the last Ironman crosses the finish line around midnight. By 3 a.m., all areas have been cleared of trash and the receptacles emptied.

Each station is awarded a grant from the IRONMAN Foundation. The amount depends on the scope of their station and how many volunteers are needed.

“It’s grimy work but so worth it,” said Miller. “Our IRONMAN participation is vital to the financial support of the troop – everything from paying the light bill, roof repairs, new tents for campouts, supplies and a few scholarships to scouts who need them. We’re truly grateful and blessed for our hard-working volunteers.”

Even though both of Miller’s sons are grown and no longer involved with the troop, the family continues the tradition of giving back to the organization that gave so much to their family. The Millers have volunteered at IRONMAN on behalf of Troop 491 for the last eight years.

The ninth annual IRONMAN North American Championship Triathlon will take place in The Woodlands on April 27.