In the year 2000, when one of the biggest economic development projects in North America announced it would locate in Madison County, Entergy Mississippi was there to ensure Nissan Motor Co. had the power to build and operate its $950-million plant.

And in 2016, when one of the biggest economic development projects in North America announced it would locate in Hinds County, Entergy Mississippi was there once again, working side-by-side with the project team to ensure the $1.45-billion plant would have the juice it needed to manufacture 750,000 large truck and bus tires annually when it begins operations in late 2019.

Powering a facility of this size requires a substation of its own. Continental has more than 840,000 square feet in several buildings on the 915-acre site. Entergy built a 230kV substation serving two Continental-owned transformers to accommodate the facility, which is expected to have a total load of approximately 24 MW when it reaches full production in about 10 years. 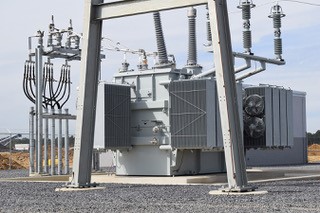 The substation was energized recently in preparation for the first phase of production. It ties into an existing 230kV line supported by the new $63-million Madison-Hinds improvement project, a 28-mile 230 kV line from the Bozeman Road substation in Madison to the new Tinnin substation in Hinds County.  That transmission project addresses future load growth and reliability needs in Madison and Hinds counties.

Continental has begun hiring for the 250 to 500 jobs it will need to fill for the first phase. The German-based global company plans to expand through 2028, creating some 2,500 more jobs before it reaches capacity. When it does, Entergy will be right there, helping “power life” for Continental and the thousands of people who will work there.