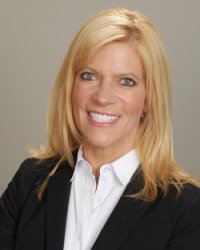 Rowley, a seasoned business leader with more than 25 years HR management experience, will serve as a member of Entergy’s Office of the Chief Executive, reporting to Don Vinci. In May, Vinci became the executive leader of the company’s combined shared services and HR organization. He will continue in that role, with the title of executive vice president and chief administrative officer. He will also continue to serve as the company’s chief diversity officer.

“We are excited to have Andrea join us as a member of the OCE. Her knowledge and depth of experience in leading organizations through transformational change will serve us well as we seek to continually improve how we work and develop our talent pipeline for the future,” said Leo Denault, chairman and CEO of Entergy Corporation.

Rowley most recently served as the president and CEO of Advance/Evolve, a leadership and change management consulting firm. She began her career in human resources at Shell and later served in a variety of HR leadership roles at Frito-Lay, BMC Software and Baker Hughes, where she became vice president of global transformation and led the redesign of global human resources.

“We’re really pleased to welcome Andrea to Entergy at an exciting time for our company and our employees,” Vinci said. “I am confident her broad and varied experiences leading HR teams in large, global and complex businesses, make her ideally suited to join our executive team and lead the HR function.”

Rowley received a Bachelor of Science degree in business administration, majoring in human resource management, at Ohio State University. She then continued her education and received a Juris Doctor degree from the University of Houston Law Center.

She is a member of the American Bar Association and State Bar of Texas, and has volunteered for organizations including the United Way and the John Cooper School Parents Forum. Rowley is on the advisory board for CareerSHOUT, an online career management and consulting service.