Closing targeted for end of 2015 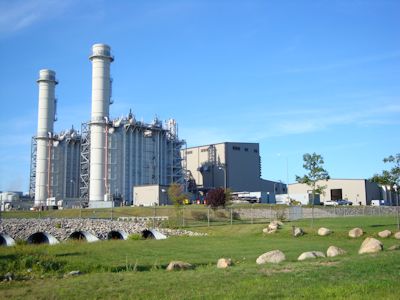 The base sales price is approximately $490 million, subject to closing adjustments.  Entergy Wholesale Commodities purchased the plant for $346 million in December 2011. Entergy expects to record a net gain of approximately $0.50 per share assuming closing of the sale occurs in the fourth quarter 2015, subject to working capital and other adjustments. The gain on sale will be classified as a special item, and as such, excluded from operational earnings.

"Our strategy for EWC is focused on being disciplined about reducing risk and freeing up financial resources for other opportunities," said Entergy Chairman and CEO Leo Denault. "RISEC has been a very good investment for us, and its sale is consistent with that strategy."

The transaction is contingent upon, among other things, obtaining necessary regulatory approval from the Federal Energy Regulatory Commission and expiration of the waiting period under the Hart-Scott-Rodino Antitrust Improvements Act of 1976. Closing is targeted for the end of 2015.

In this news release and from time to time, Entergy Corporation makes certain "forward-looking statements" within the meaning of the Private Securities Litigation Reform Act of 1995. Except to the extent required by the federal securities laws, Entergy undertakes no obligation to publicly update or revise any forward-looking statements, whether as a result of new information, future events or otherwise.

Forward-looking statements are subject to a number of risks, uncertainties and other factors that could cause actual results to differ materially from those expressed or implied in such forward-looking statements, including (a) those factors discussed elsewhere in this news release and in Entergy's most recent Annual Report on Form 10-K, any subsequent Quarterly Reports on Form 10-Q and Entergy's other reports and filings made under the Securities Exchange Act of 1934; (b) uncertainties associated with rate proceedings, formula rate plans and other cost recovery mechanisms; (c) uncertainties associated with efforts to remediate the effects of major storms and recover related restoration costs; (d) nuclear plant relicensing, operating and regulatory risks, including any changes resulting from the nuclear crisis in Japan following its catastrophic earthquake and tsunami; (e) changes in decommissioning trust fund values or earnings or in the timing or cost of decommissioning of the Vermont Yankee Nuclear Power Station or any of Entergy's other nuclear plant sites; (f) legislative and regulatory actions and risks and uncertainties associated with claims or litigation by or against Entergy and its subsidiaries; (g) risks and uncertainties associated with strategic transactions that Entergy or its subsidiaries may undertake, including the proposed acquisition of the Union Power Station near El Dorado, Arkansas, including the risk that any such transaction may not be completed as and when expected and the risk that the anticipated benefits of the transaction may not be realized and (h) economic conditions and conditions in commodity and capital markets during the periods covered by the forward-looking statements.