NEW ORLEANS -- Entergy crews are out in force working to restore power to the thousands of customers affected by the violent storms that swept across south Louisiana throughout Tuesday. 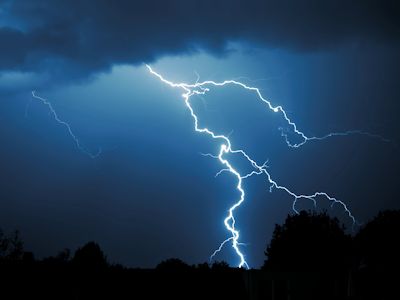 As of 9 p.m. Tuesday, approximately 17,700 Louisiana customers were without power, down from a peak of 30,500. Crews are continuing to assess the damage caused by the storms that spawned multiple tornadoes and high winds that downed trees, poles and wires across south Louisiana. More than 1,000 personnel were involved in storm restoration work Tuesday.

Tornadoes and high winds caused significant damage to the LaPlace and Convent communities, hampering restoration efforts. Current estimates are customers in the hardest-hit areas will have power restored by 5 p.m. Thursday.

A tornado also caused damage in the Paincourtville area of Assumption Parish, where affected customers can expect to have power restored by Wednesday evening.

"Our crews are assessing damage and safely restoring power to customers as quickly as possible," said Dennis Dawsey, vice president of customer service for Louisiana. "The combination of multiple tornadoes and high winds caused significant damage to our system. We will be working non-stop until the job is done."

Where to get info

Customers are encouraged to download Entergy's mobile app at entergyapp.com to access outage maps and information. In addition, online services are available to customers through "Entergy Storm Center," "myAccount" and "View Outages."  Through myAccount, customers can sign up to send and receive text information about power outages at their homes and businesses through their cellphones. Registration is easy.

Please be mindful of the following:

· Don't trim trees or remove debris on or near downed power lines. Only power company crews or their contractors should remove trees or limbs touching power lines.

· Keep away from the immediate areas where crews are working. There is always the danger of moving equipment and the possibility of construction materials or limbs or overhead wires falling to the ground.

· If you plan on using a generator for temporary power, get a licensed electrician and disconnect from the utility electric system before hooking up to your home main electric panel.

· Do not run a generator in a confined space without adequate ventilation.

Residents with damage to customer-owned equipment -- such as the meter base, external breaker box or weather head -- will need an electrician to make repairs before power can be restored to their property.