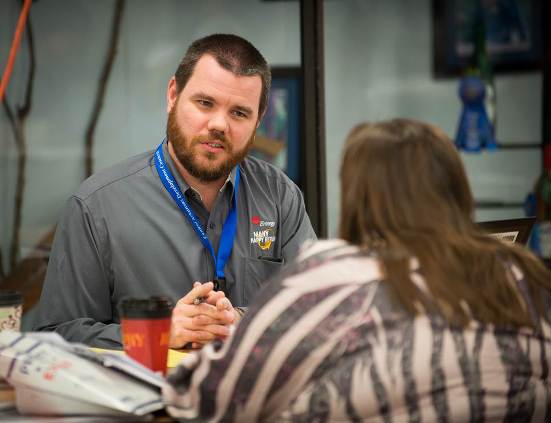 Earned Income Tax Credit (EITC) benefits families or individuals who earned up to $54,000 in 2015. Based on income and the number of children in the household, benefits can amount up to $6,200. The IRS reports that 20 percent of EITC funds are unclaimed each year simply because people don't know they are available.

Entergy's support to Super Tax Days and VITA in the four states its utilities serve -- Arkansas, Louisiana, Mississippi and Texas -- has resulted in approximately 74,000 customers receiving $126 million through the EITC program since 2011.  In Louisiana more than 22,000 residents have received $31,800,000 since Entergy Louisiana launched the program by partnering with local advocates.

EITC is regarded as one of the nation's most effective anti-poverty programs, lifting an estimated nine million people out of poverty in 2013, including five million children. New research suggests that income from tax credits benefits children over their lifetimes. The tax credit is now linked with more prenatal care, less maternal stress and better infant health as well as improved test scores and higher high-school graduation and college attendance rates.

Entergy's Super Tax Day initiative has resulted in an estimated $189 million in economic benefits to the communities served by Entergy, based on an economic multiplier of 1.5 determined by the Brookings Institution. This impact has earned the company recognition by the U.S. Chamber of Commerce Foundation for the nation's best economic empowerment program.

"It's clear from the numbers and the research that helping our customers apply for and receive these available tax credits makes a significant economic impact, both for the customer and the local community," said Nicole Grille, Entergy public affairs specialist. "Entergy's Super Tax Day events are one of the many ways we power life in our communities."

Entergy Louisiana provides electric service to more than one million customers and natural gas service to nearly 93,000 customers in the greater Baton Rouge area. With operations in southern, central and northeastern Louisiana, the company is a subsidiary of Entergy Corporation.