NEW ORLEANS -- It's Carnival time! Before everybody starts having fun as the popular tune goes, Entergy New Orleans, Inc. and Entergy Louisiana, LLC want to remind you not only about the importance of being safe around power lines but staying alert as well. 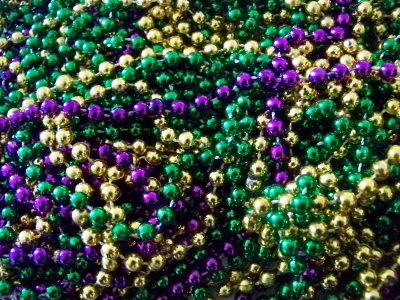 "Being aware of what's happening around you is the key element to staying safe, and we want to remind locals and visitors alike that awareness is a shared responsibility," said Melonie Stewart, director of customer service. "So while you're enjoying the thrill of catching beads, make sure to keep safety as your top priority."

"No Mardi Gras throw is worth touching a power line," Stewart said. "Even if you don't touch it directly, grabbing beads hanging from a power line or touching a power line with an object like a ladder or a net at the end of a pole can provide an instant path for electricity," Stewart said. "If that happens, you can be seriously hurt or even killed. Recognizing these hazards can help everyone have a safe and happy Carnival season."

· If you notice a problem with a power line, keep a safe distance and call 1-800-ENTERGY to report it.

·If you notice any suspicious activity, such as unattended packages, vehicles where they shouldn't be parked, or people taking pictures of critical infrastructure, report it through the See Something, Send Something app manned by the Louisiana State Police and the Department of Homeland Security.

· Of course, if a situation requires immediate police action or other emergency services, call 911.

"Whether it's Carnival season or storm season, safety is always Entergy's top priority," Stewart said. "We want you to stay safe while having fun."