During the outage, the Waterford 3 team will refuel the plant and complete other important projects that will allow the station to continue as a safe, reliable, emission-free source of electricity for the local community and the state of Louisiana. This continued investment translates to additional economic activity for the surrounding communities from dozens of vendors and more than 800 additional contract workers, many from outside the area. 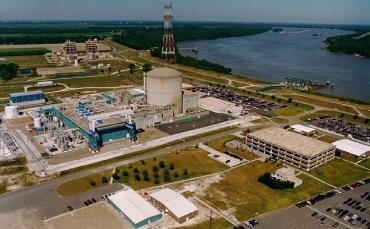 “A refueling and maintenance outage is beneficial to the safety and reliability of our plant and provides tremendous economic value to the surrounding community,” said Mike Chisum, Waterford 3’s site vice president. “I appreciate the efforts of the team striving for excellence every day.”

Work will be completed by more than 650 Waterford full-time employees and Entergy employees from other nuclear plants and the company, as well as contract workers including pipefitters, millwrights, ironworkers, carpenters, boilermakers, electricians, laborers, valve technicians, engineers, operating engineers, and radiation protection technicians.

“We appreciate the support of the community during this time of increased activity at our site and outside in the local businesses and community,” Chisum said. “Throughout the refueling outage, safety is our number one priority.”