Insights > Entergy CEO at Forum: We Can Work Together on a Sustainable Future for City, Region

Entergy CEO at Forum: We Can Work Together on a Sustainable Future for City, Region
By: Corporate Editorial Team Entergy is working to make power affordable and reliable for customers, and cleaner for the environment. And that's not just because we have plants and equipment in our region, but because we live and work here.

That was a key theme of remarks by Entergy Chairman and CEO Leo Denault at an Oct. 7 public forum in New Orleans. There, Denault joined other business leaders, public officials and energy experts to discuss how to build a sustainable and reliable clean energy future for the city and region.

Denault said that Entergy strives to safely deliver energy to our customers and the communities we serve while balancing those critical factors of reliability, affordability and sustainability. As an industry pioneer in 21st century commitments to reducing greenhouse gas emissions, we have the skill and credibility to work closely on the issue with government and private partners.

"For at least two decades, we've been working on this issue," he said.

Denault said that when Entergy first made an aggressive commitment to limit greenhouse gas commitments – the first such commitments in the country – it wasn't very well received in some areas, including some in the investment community.

“Rather than a renewable portfolio standard proposed by some, which chooses specific technologies up front, our real battle should be a broader strategy to reduce greenhouse gases.” -Leo Denault, Entergy Chairman and CEO

"A lot of people didn't think it was such a great idea or that it was all that important," he said. "But we held true to it, and now a lot of people have followed up on that commitment to do the same sorts of things."

The company's environmental leadership is one example of our ongoing progress toward realizing our mission, yet the importance of finding new ways to engage with and serve our stakeholders as the premier utility in the industry.

"We believe that we need to have a solid climate policy in the United States that pushes toward eliminating greenhouse gases. We always have," said Denault. "What we want to do is make sure that we do it in a way that creates an environment where we can provide the service levels that our customers desire at a price they can afford while we improve the environment."

Rather than a renewable portfolio standard proposed by some, which chooses specific technologies up front, he said, our real battle should be a broader strategy to reduce greenhouse gases. 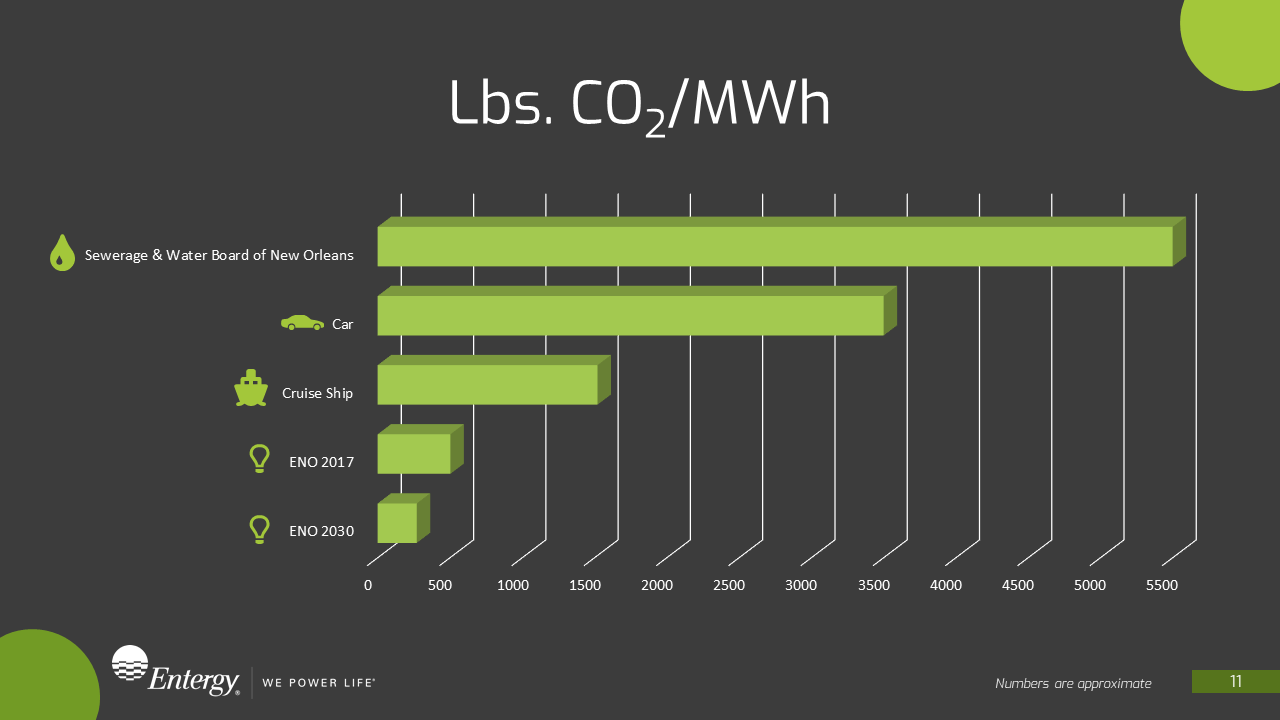 More than 200 civic leaders, Tulane students and Entergy employees attended the event, which was sponsored by Entergy and the Tulane Energy Institute. Watch the full replay and view agenda from the forum here​​.