Everyone loves a great comeback story …
By:

We always say that we are more than a power company – that what we do powers the lives of the people we serve.

This was never clearer than in the days after Hurricane Katrina when people couldn’t come home, schools and grocery stores couldn’t open, gas stations couldn’t run – nothing could happen until the power came back on.

It’s been 10 years but who could ever forget … the city we love was submerged under water; the Gulf Coast lay ravaged by wind and water.  All in, roughly 90,000 square miles of the Gulf Coast were devastated and many people lost their lives.

For Entergy, 1.1 million customers were impacted, power plants were knocked off-line, and countless transmission and distribution lines fell down across the Gulf South. Fully one-third of Entergy’s service territory was affected by Hurricane Katrina.

In a story familiar to those that live here, thousands of our employees worked through the storm, and after the storm, while they too lost their homes and communities to the storm.

In the days during Katrina, and certainly in the weeks and months afterwards, the city of New Orleans and its people suffered a kind of horror that few other cities ever have – or ever will.

But we rose to the challenge and came back stronger.

Since Hurricane Katrina, Entergy has invested over $1 billion upgrading plants and substations, and nearly $300 million hardening transmission and distribution systems. Many of our transmission lines, for example, can now withstand winds up to 150 miles per hour.  And more improvements are on the way.

The New Orleans City Council recognizes that getting businesses and residents back up and running is vital to the local economy. Just this year, the council approved nearly $99 million in securitization financing – a portion of which was used to establish a fully funded electric storm reserve of $75 million that will provide Entergy New Orleans with a ready source of cash available for restoration following a major storm. In addition, there also is just under $6 million in a gas storm-reserve fund.

We were not alone in doing so: over the past decade, hundreds of businesses and individuals, non-profits and universities, all committed time, money and resources – such as the $12 billion invested by the Army Corps of Engineers to rethink New Orleans’ levy system - so that the Gulf Coast would not only recover, but come back stronger.

The dedication and commitment paid off – and what a transformation it’s been.

Today, New Orleans is growing – both our population and our economy. In fact, just a couple of weeks ago, we became, for the first time since Katrina hit, one of the country’s 50 largest cities.  Our schools have transformed: New Orleans is today a hub for innovation in education.  More of our kids are learning, graduating – and succeeding.  I am privileged to get a front row seat in the educational transformation as a Board member for KIPP New Orleans.

We are also becoming a technology hub, and the city is expecting thousands of new tech jobs over the next decade.  And, due to the influx of college graduates, Forbes magazine recently ranked New Orleans as the #1 Brainpower City in the country.  Although we have retained our rich cultural heritage in music and art, this is a far cry from the “The City that Time Forgot” of 10 years ago!

Recovering from one of the nation’s costliest natural disaster in history continues, even 10 years later. But, today, the Gulf Coast region is one of the great comeback stories in recent memory. The resilience and unwavering spirit of the people who lost so much is nothing short of inspiring. 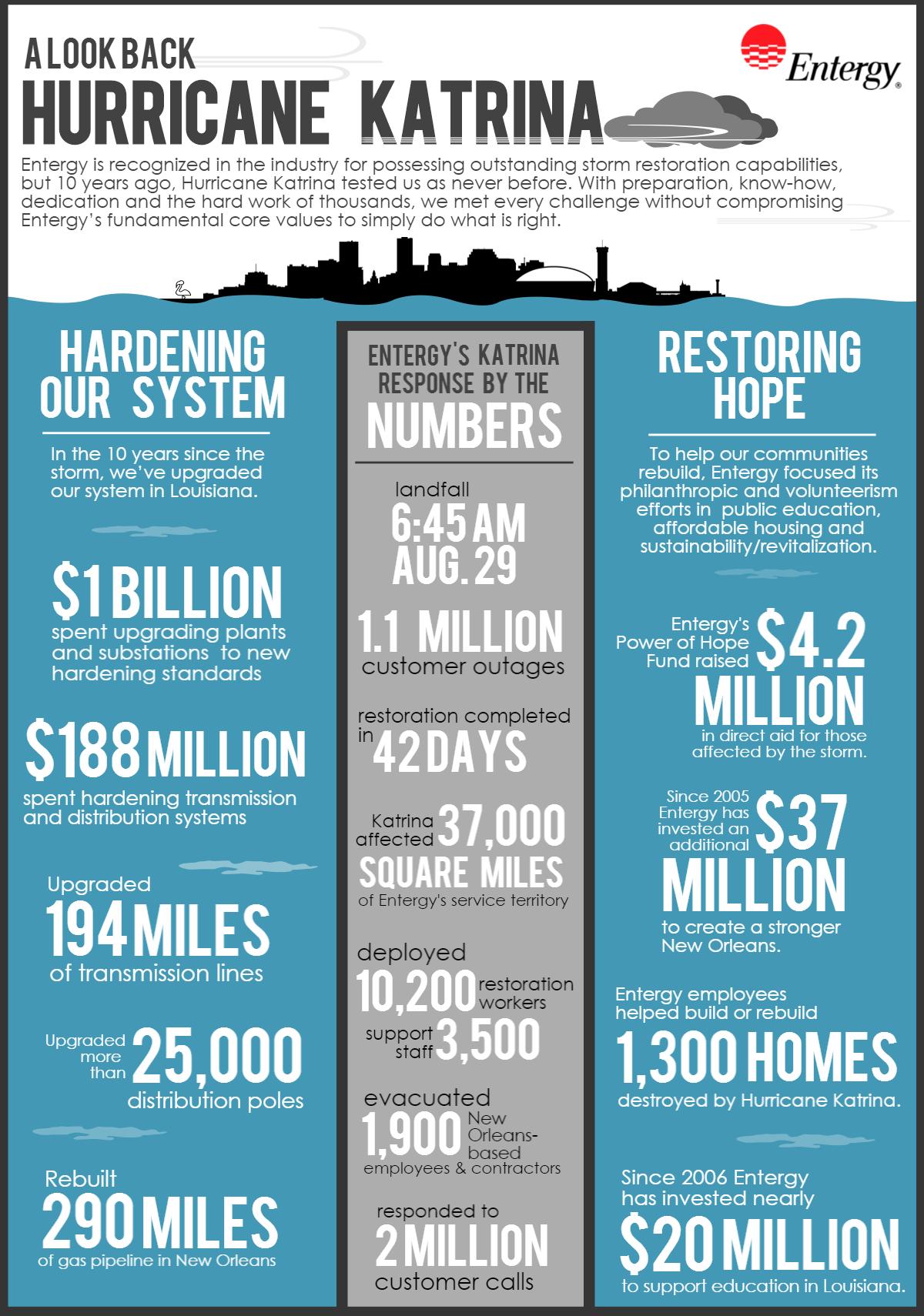