JACKSON, MISSISSIPPI (May 7, 2015) – Preliminary numbers are in and it looks like Entergy Mississippi, Inc. customers are saving big, thanks to the Public Service Commission's approval for Entergy to join MISO, a regional transmission organization.

Customers saved an estimated $48 million during the first year of Entergy Mississippi's membership in MISO, formally known as the Midcontinent 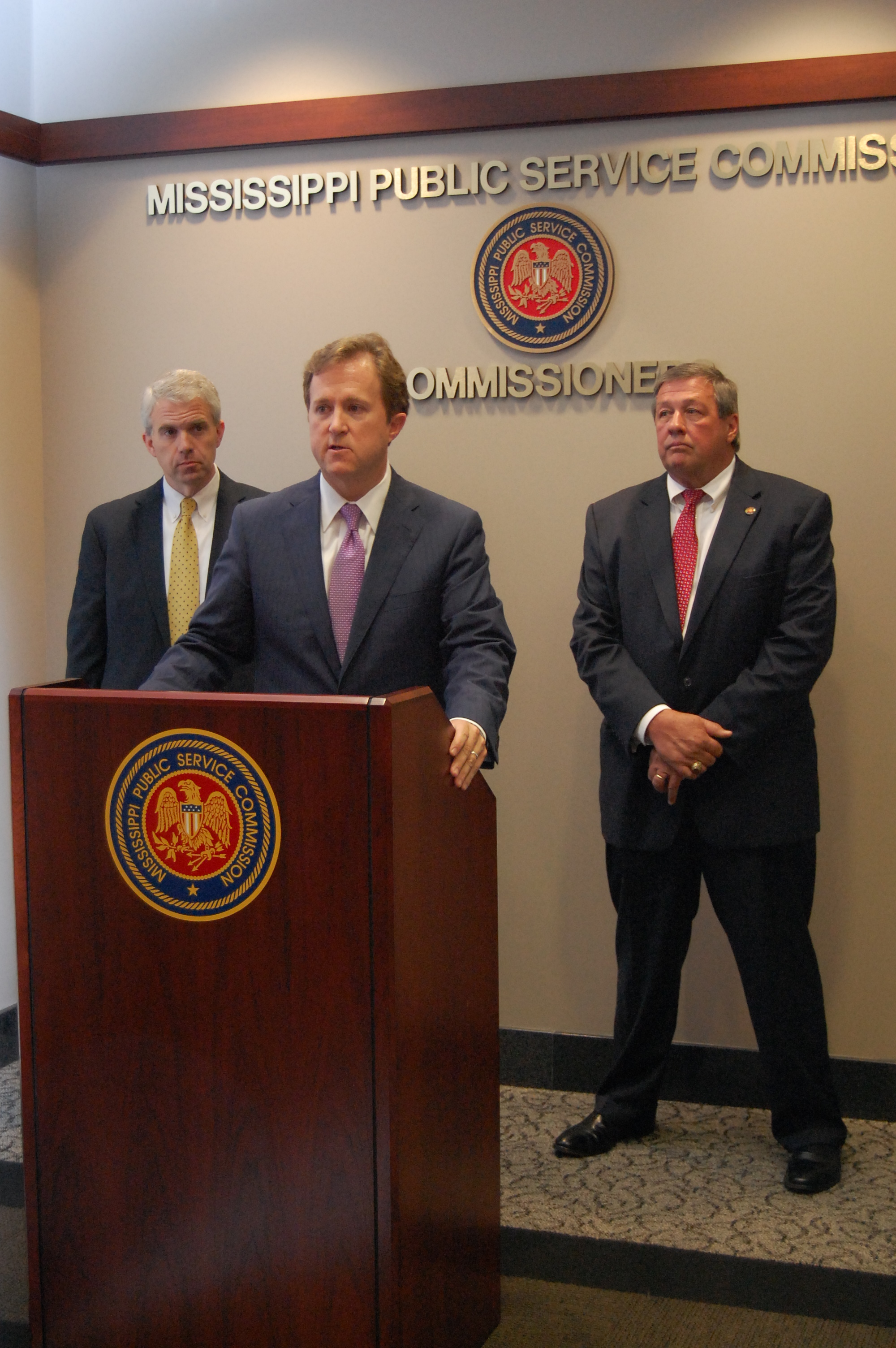 Independent System Operator, Inc.  That amounts to a savings of approximately 3 percent, or about $3.50 on the typical residential customer's monthly bill. Entergy's utilities joined MISO on Dec. 19, 2013, after a lengthy period of regulatory review.

"Anytime Mississippians save money it's a good day! I am proud of Entergy Mississippi for taking this step to lower their customer's electricity bills," said Chairman Lynn Posey.

MISO manages the commitment and dispatch of generation on the transmission grid, maintains reliability, plans new transmission facilities and operates markets for the purchase and sale of electricity and related products.

"The Public Service Commission is committed to being active, alert and on the lookout for ways to reduce the cost of electricity in Mississippi. By accessing electric power in other markets, we are driving down the cost of living for Entergy customers and growing the state's economy," said Northern District Public Service Commissioner Brandon Presley.

The $48 million in savings were largely driven by the more efficient commitment and dispatch of power plants, resulting in access to lower cost generation through MISO's power market.

"Thanks to the foresight of the Mississippi Public Service Commission we've been able to provide our customers with the wide range of benefits offered by membership in MISO, a membership from which they will benefit for years to come. Joining MISO is a great example of how we work to control customer costs and keep rates low so we can continue helping drive economic growth in Mississippi," said Haley Fisackerly, Entergy Mississippi president and CEO.
Commissioner Steve Renfroe said, "I extend my sincere congratulations to Entergy for this achievement. Significant savings for customers is exactly what the Commission intended and demonstrates the advantages of electrical system optimization across multiple states."

Entergy Mississippi, Inc. provides electricity to approximately 442,000 customers in 45 counties. It is a subsidiary of Entergy Corporation. Entergy Corporation is an integrated energy company engaged primarily in electric power production and retail distribution operations. Entergy owns and operates power plants with approximately 30,000 megawatts of electric generating capacity, including nearly 10,000 megawatts of nuclear power, making it one of the nation's leading nuclear generators. Entergy delivers electricity to 2.8 million utility customers in Arkansas, Louisiana, Mississippi and Texas. Entergy has annual revenues of more than $12 billion and approximately 13,000 employees.

For more information regarding Midcontinent Independent System Operator contact the Mississippi Public Service Commission at 1-800-356-6428 or online at www.psc.state.ms.us.