The Emergency Assistance Award is given to select EEI member companies to recognize their efforts to assist other electric companies’ power restoration efforts, and the Emergency Recovery Award is given to recognize a company’s own extraordinary efforts to restore power to customers after service disruptions caused by severe weather conditions or other natural events. The winners are chosen by a panel of judges following an international nomination process. Entergy received the awards during EEI’s Winter Board and Chief Executives Meeting in Tucson, Ariz.

In July, Hurricane Barry made landfall as a Category 1 hurricane, resulting in 141,471 customer outages in Entergy’s service territory. Due to their tireless work, crews restored service to 100 percent of customers within eight days after the storm, dedicating 430,384 man-hours to the recovery. 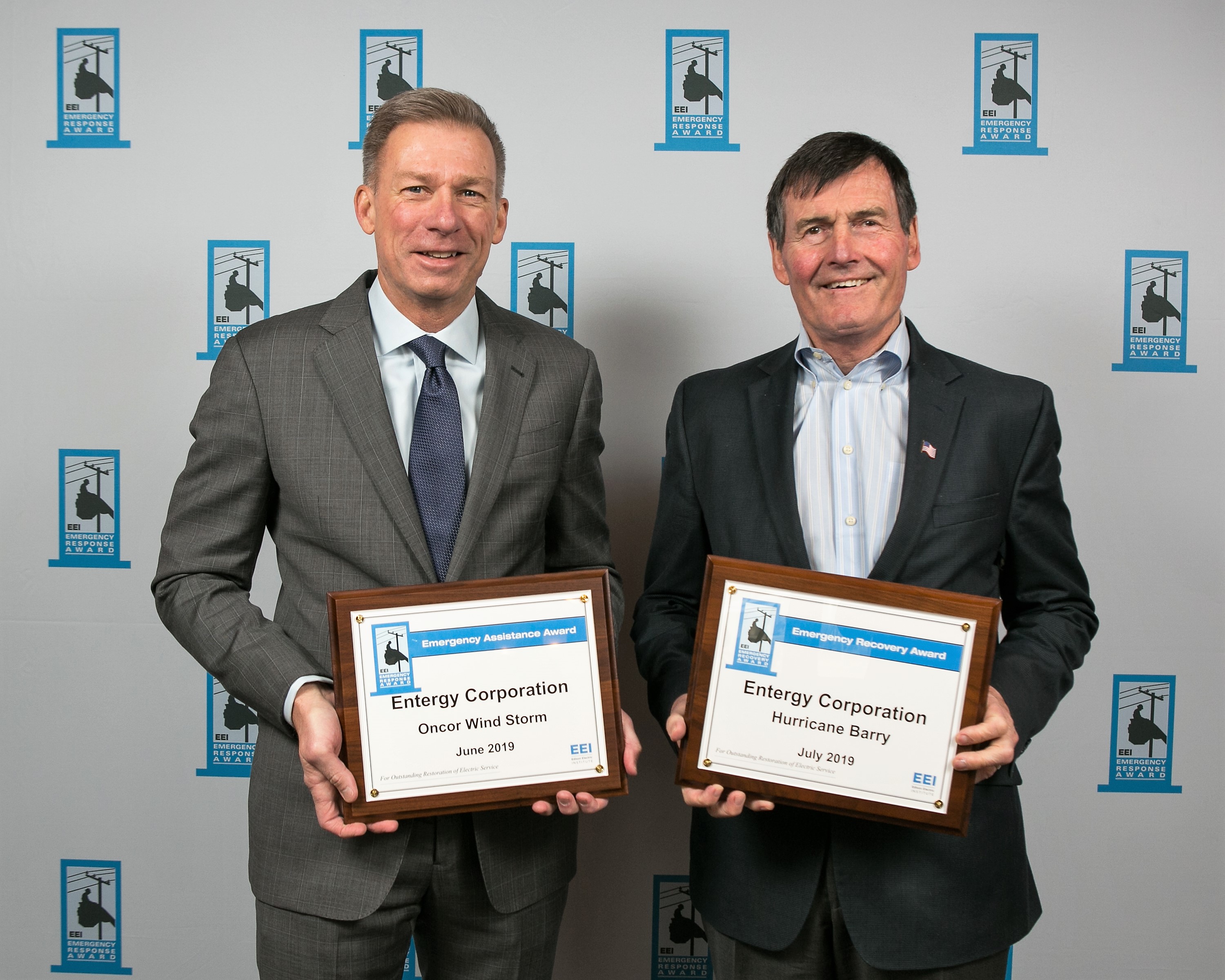 “Entergy’s dedication to restoring service safely and quickly to its customers, often in dangerous conditions, makes the company deserving of this award,” said EEI President Tom Kuhn. “Additionally, we are pleased to recognize Entergy’s continued commitment to mutual assistance. I applaud their efforts to aid neighboring electric companies in times of need.”

“Entergy is honored to receive these awards from EEI recognizing our efforts to restore service to our customers and those of our neighbors,” said Willie Wilson, Entergy’s system storm incident commander. “I am proud of the spirit of Entergy’s employees. I also believe the camaraderie may be unique that exists in the electric utility business. These awards reflect how we support each other in these times because of our desire to serve customers effectively and to get the lights on.”

EEI is the association that represents all U.S. investor-owned electric companies. Our members provide electricity for more than 220 million Americans, and operate in all 50 states and the District of Columbia. As a whole, the electric power industry supports more than 7 million jobs in communities across the United States. In addition to our U.S. members, EEI has more than ​65 international electric companies, with operations in more than 90 countries, as International Members, and hundreds of industry suppliers and related organizations as Associate Members