Charge to be removed from customers’ bills beginning today

JACKSON, Mississippi– In the aftermath of Hurricane Katrina, more than 300,000 Entergy Mississippi customers were in the dark. Power restoration took 11 days, engaged more than 4,200 linemen and support personnel and cost more than $89 million. That bill is now paid in full, and because of that, the $.74 charge will be removed from customer’s bills beginning today. 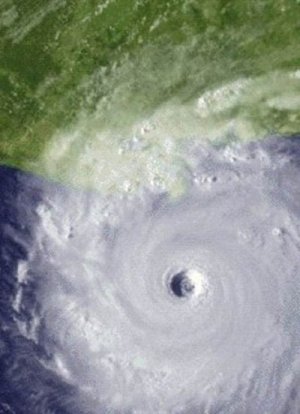 “Much like Katrina itself, the extent of the damage, and the large price tag on the restoration that came with it, came as a shock to everyone,” said Haley Fisackerly, Entergy Mississippi president and CEO. “Because restoration costs are considered a cost of providing electric service, they are paid for by customers. That’s why we sought a creative way to pay, so our customers would not see a spike in their bills.

That creative payment method involved working closely with elected officials to obtain federal grants and low-interest bonds from the state.

“We also knew that we had to be prepared in case a catastrophic event like this happened again. So we worked to create a storm reserve fund, to be used in the event of another Katrina-type storm.”

Working with Senator Thad Cochran, the company was able to secure a large portion of the costs through a federal Community Development Block Grant.  For the remainder of the costs, Entergy worked closely with then-governor Haley Barbour, then-state treasurer Tate Reeves, the Mississippi legislature, the Mississippi Public Service Commission and the Public Utilities Staff to allow the issuance of low interest bonds through the “Hurricane Katrina Electric Utility Customer Relief and Electric Utility System Restoration Act.” This allowed utilities to spread restoration costs over a longer period of time.

At its peak, Entergy Mississippi saw more than 75 percent of its then-410,000 customers, sitting in the dark. There were 94 transmission line sections down, 98 substations out of service, approximately 2,000 poles down and more than 4,000 cross arms stripped off poles, along with 300 miles of conductor, transformers, arrestors, switches, reclosers, regulators and other equipment destroyed.

“The hard work and dedication of all the people who helped in this unprecedented restoration effort will never be forgotten, and we are forever thankful,” said Fisackerly. “And we also are grateful for the state’s leadership for working so well with us on financing options that made restoration costs manageable for our customers.”