NEW ORLEANS -- New Orleans will be positioned for continued economic growth and development when Entergy New Orleans, Inc. begins a $30 million technological upgrade to its electric power transmission system this summer. The project will enhance reliability, increase transmission capacity and help ensure the availability of affordable power now and into the future. Entergy will host a series of Power to Grow informational meetings starting in early June for the impacted areas. 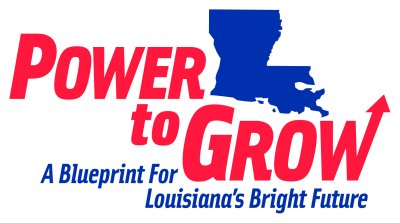 "This project represents a $30 million capital investment in the electric transmission infrastructure of New Orleans," said Charles Rice, president and CEO of Entergy New Orleans. "When completed, the city will have a technologically advanced system with increased capacity and reliability. To meet customers' growing energy needs, a transmission system upgrade of this magnitude is required to move more power with greater efficiency."

The transmission project is part of ongoing integrated resource planning for New Orleans, as Entergy is preparing to deactivate the aging Michoud generating facility, originally placed into service during the 1960s. These upgrades are required by the Midcontinent Independent System Operator prior to the planned 2016 Michoud deactivation. In addition, Entergy is also evaluating Michoud as a site for a future generation facility.

As a result, Entergy will complete the project in two phases, both originating on the west bank at the Entergy Ninemile generating facility. The first phase, Ninemile-Napoleon substation, will begin in July 2015 and will affect the Audubon Park, upper Magazine Street and Annunciation Street areas. The second phase, Ninemile-Derbigny substation, will begin in October 2015 and will primarily impact the Carrollton-Hollygrove area, including Cambronne Street, and through the outer portions of the Xavier University footprint.

"We recognize that challenges may arise due to the layout and unique nature of our city, but we're prepared," Rice said. "Working with the community, government agencies and our crews, we are carefully preparing to safely execute our plan, keeping all lines of communication open. No project is so important that we can't and won't do it safely."

Since the top priority for this project is to have a safe, accident-free environment for both the public and project crews, Entergy has developed detailed on-site safety measures that will be tailored to meet the needs of the community and impacted areas.

"Progress is often inconvenient. We understand there is some fatigue in New Orleans regarding public infrastructure projects, but we know that New Orleanians are resilient and forward-thinking," Rice said. "They have proven that time and again over the last 10 years. We are confident that the end product will be a technologically superior, reliable and advanced electric power transmission system that will help support and grow the region's economy."

"As part of a comprehensive public outreach effort, Entergy will notify neighborhoods, businesses, institutions and government agencies of construction schedules as they are available," Rice said. "Project teams are developing vehicular, pedestrian and bicycle traffic plans, complete with maps and related timelines, in order to help the general public safely navigate around the work areas."